Swipe to the left

4 years ago No comments

Earlier this year we bought a new project car to develop parts and tuning on. We've always had an affinity towards the M5 and have owned every generation except the E28.

The F10 M5 was a natural progression although it is also the first M5 to be turbo charged from the factory.

Within a week of picking it we had the car on the dyno and developed our Stage 1 ECU tune.

Not a bad start. We have further improved upon this and our car is making 701 BHP and 650 lb.ft torque without any hardware modifications.

Not just content on testing the car on the dyno we also know its important to show what it can do in the real world. So as before with our E60 M5 we headed off to the VMax200 event at Bruntingthorpe where the Evolve E60 M5 still holds the top speed record for any BMW at 193 MPH.

Vmax Hypermax had the best array of cars I have every seen attending with everything from a Zonda R to La Ferrari and even a Koenigsegg One:1!

Both myself and a customer had our Evolve F10 M5's there to see what we could do against some super cars. 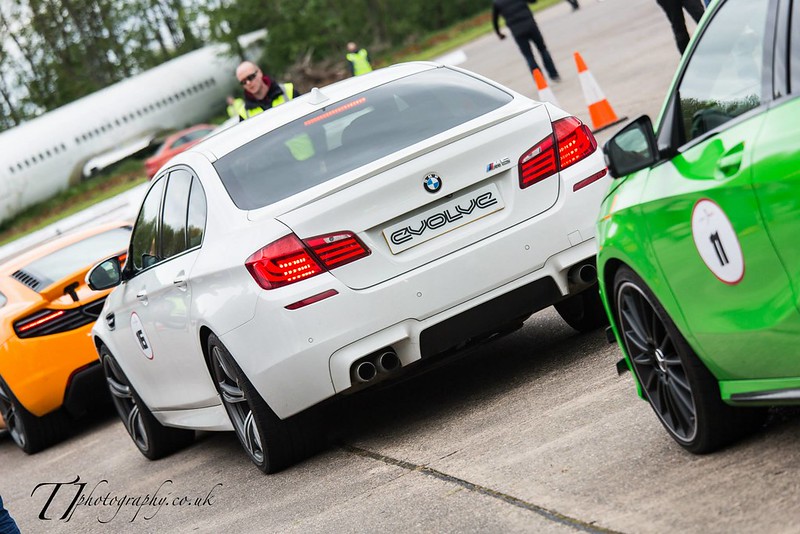 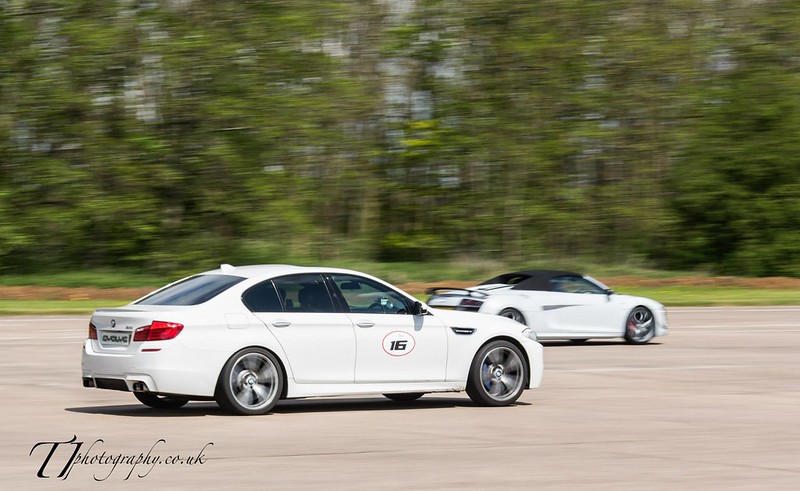 I had around 20 top speed runs and the car performed faultlessly. I was really struggling for traction in 1st and 2nd but still managed to top some amazing cars.

Here is how the top half of the table looked. Not bad a for a family barge!

Some videos of from the day. I really should have got more video but was too busy looking at the exotica on display.

Very pleased with the results in the real world for our ECU Tune we also got some Vbox times to show rolling start times and to benchmark against other cars where this method of timing is very popular. Dyno figures are all good and well but its equally important get results like these.

With a bit of practice I feel these times can be improved even further. 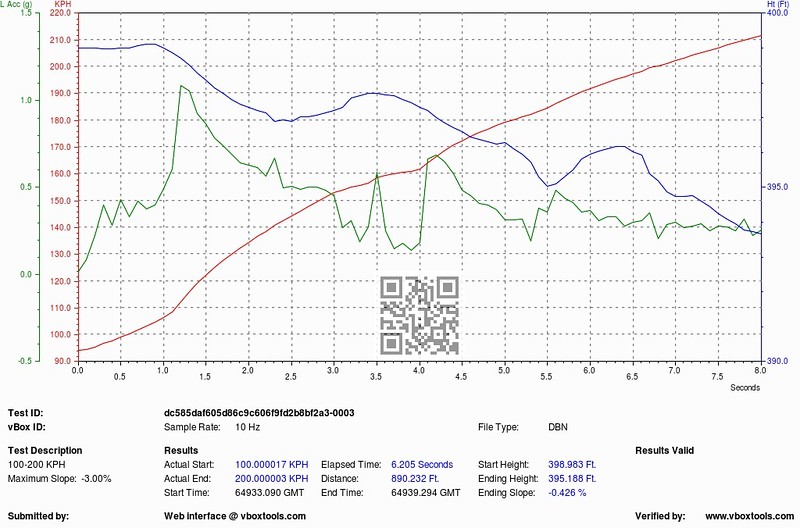 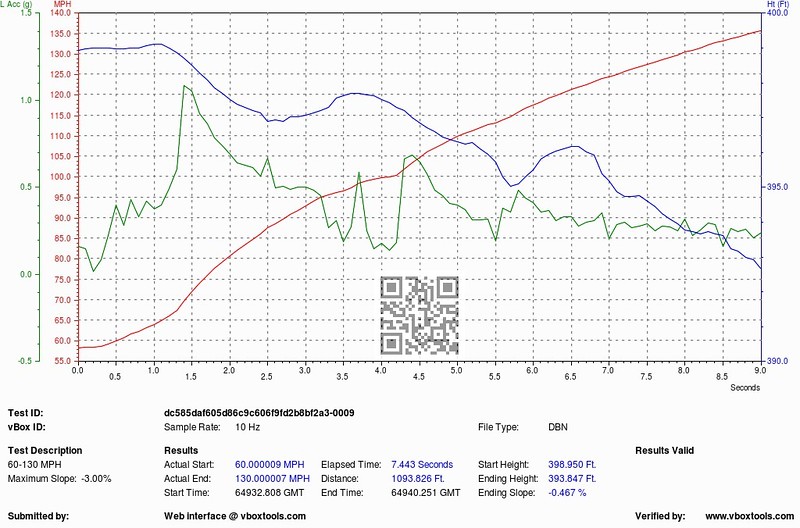 Happy with our Stage 1 upgrade we are now moving to Stage 2 which will include our Decat Downpipes and the Eventuri intake which is in development. 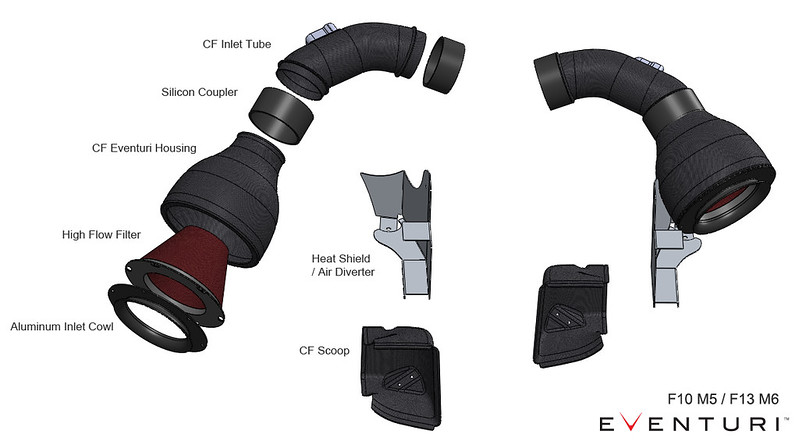 With the power sorted for now focus was turned towards aesthetics. First sublet changes including black glossing some trim including the front grill (will be changed to LCI soon), Side vents and the door hand trims.

On the E60 M5 we used H&R springs to lower. Although it looked great I felt it was a little low at times for general driving especially over speed bumps etc.

With the F10 M5 having EDC as standard we decided to give the KW HAS kit a try as you get to retain the EDC functionality and can set ride height like a traditional coilover kit.

These were being fitted a day before the wheels went on (more on this later) so we set it to maximum low. On the stock 20 inch wheels the suspension felt complaint and reduced body roll through the corners. Will update on this once I have my stock wheels back on.

With me involved in the distribution of BC Forged Wheels I knew the car would be used for various shows so I had to go for something attention grabbing rather than my own OEM plus style.

Weeks of thought and a few 3D renders later I bit the bullet and ordered the BC Forged NL30 in Crystal Burgundy with Black Gloss Lip in 21x9.5 Front and 21x11 Rear wrapped in Michelin Pilot Super Sports. 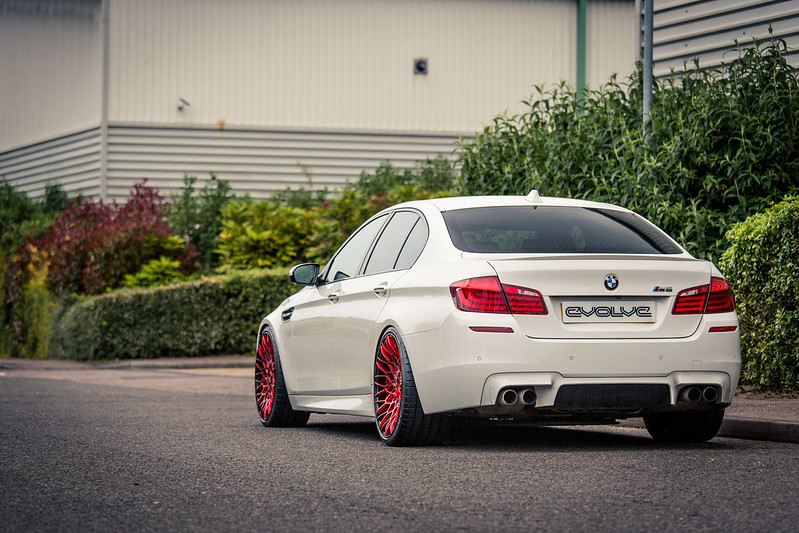 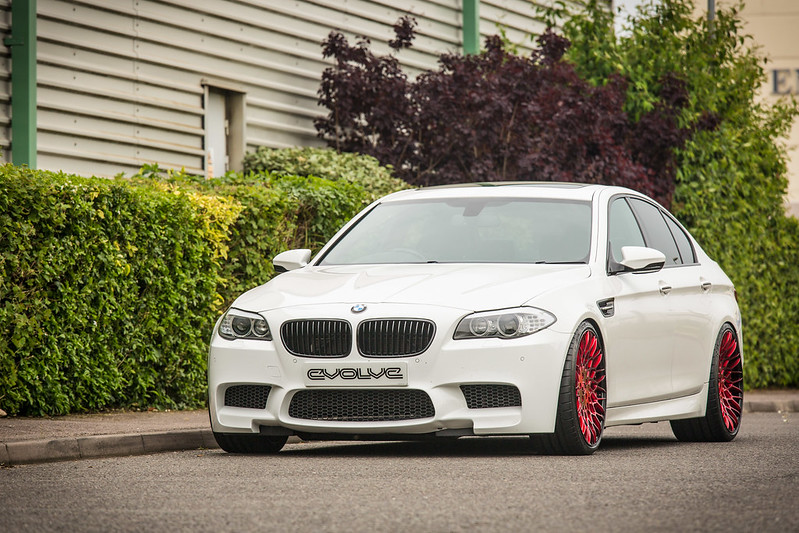 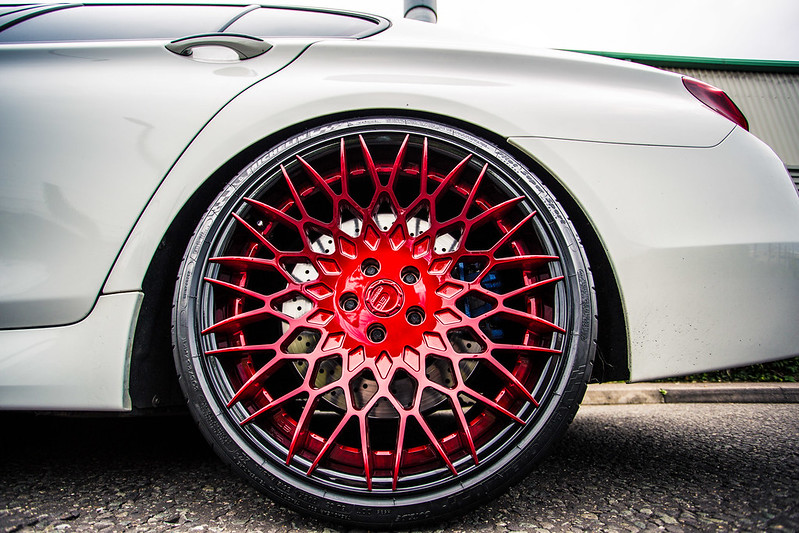 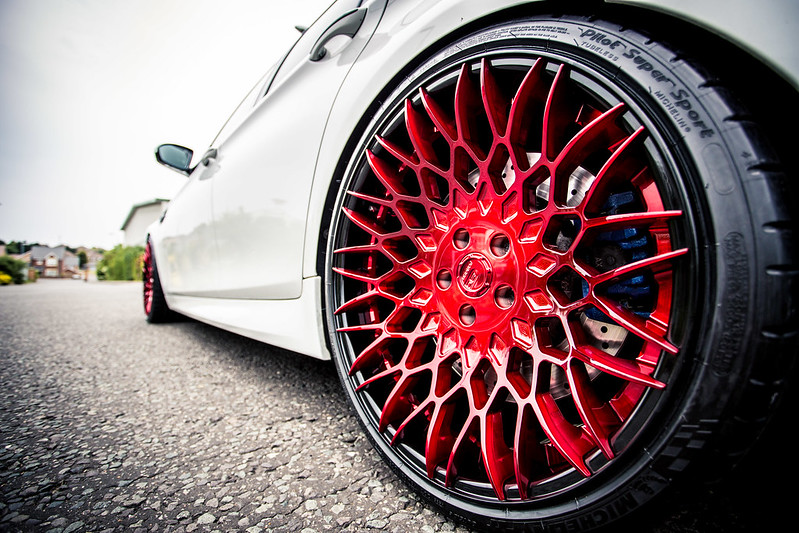 Mods waiting to go on: